Understanding what are Moats and their Importance in the Startup Ecosystem

Harvard Business Review has found that more than two-thirds of startups never succeed because they fail to generate sufficient revenue to sustain themselves in the long run.

The key takeaway from this report is that solving a real-world problem shouldn’t be your startup’s only focus even if it helps you succeed initially. In order to stay successful over time, you need to have a long-term vision for how your startup will become & remain profitable.

Unfortunately, accomplishing this feat is not easy.

That said, if you really want to future-proof your startup, you need to come up with a long-term business strategy with a sustainable moat around it.

Moat is another term for a sustainable competitive advantage.

It is a startup’s ability to maintain a competitive advantage for protecting its market share and long-term profits from its competitors.

Let’s say that you have identified a unique problem that no other company has solved before. And you didn’t stop there. You even figured out a way to expand your offerings that no competitor can match, while reducing your costs and increasing your profits at the same time.

This is your business moat — something that differentiates your startup from competitors.

Not only that but the company continuously gathered feedback from its clients and kept adding new features until no competitor was able to match the value that they were able to offer.

In a nutshell, PetPooja identified a unique opportunity that gave it the first-mover advantage right in the beginning.

But as new competitors started to emerge in the market, PetPooja evolved its competitive moat around a strong community & added certain supplier-related features that no competitor was offering. In the end, this became the business moat of PetPooja.

Learn more about how Digicorp helped to identify and build a powerful moat for PetPooja.

Now that you finally know what are moats, let’s dig deeper to understand the importance of moats for your startup.

The Importance of Moats

The concept of the moat was originally coined by Warren Buffet in one of his talks.

He said that as a startup, your initial focus is obviously solving a problem & attaining product-market fit. But there is an additional factor that you need to consider for determining if your startup is going to grow successfully in the long term or not, and that factor is moat.

Moats in business are nothing more than a sustainable competitive advantage that makes it nearly impossible for a competitor to enter and compete in the same market as yours.

Remember, the word “sustainable” here is really important because it is this kind of moat when combined with a significant gross margin, that can help you achieve long-term viability.

However, you should  be aware that your business moat may not always remain as powerful as it initially is. It may evolve into something else or you may end up discovering a different moat over time.

That said, if you want to understand the importance of moats in business, you need to be aware of two primary thumb rules. Let us now look at them.

#1 Moats can not be replicated. The ones that do get replicated cannot be considered moats.

Let’s understand this with an example. In early 2021, Clubhouse, an audio-only social network, was one of the most-hyped apps out there with people desperately trying to get an invite.

However, their technology was quite easy to replicate.

In fact, soon after Clubhouse raised Series A & B funding from Andreessen Horowitz, the market began to see verticalized audio-first social networking platforms that did exactly what Clubhouse did.

So while Clubhouse developed a great product, it failed to increase barriers to entry into their market and eventually got replicated.

This brings us to the second rule of the moat.

#2 Ideally, your moat should make it super difficult for competitors to enter your market.

Let’s take CricHeroes as an example. CricHeroes is another successful startup that Digicorp helped build.

It started as a simple score-tracking app for grassroot-cricketers. Slowly, the app started gaining traction and became a go-to-platform across the country, helping cricketers realize their talent, and get recognition for their achievements.

In fact, because CricHeroes was the first-ever platform offering this, it ultimately ended up being its moat.

Although there are some similar apps such as Cricbuzz, Sportskeeda, and CricketAddictor,  they all only cover Tests, IPL, and International cricket tournaments.

CrickHeroes has remained to be the only platform that covers or allows tracking of grassroots-level cricket tournaments, and connects cricketers across the community with each other

This is the main differentiator that has helped CricHeroes stand apart from its competitors.

Today, CricHeroes has covered more than 186K tournaments and has become the world’s largest cricket network with over 15 million players registered on the platform.

How to Create Moat in your Startup Ecosystem?

Now let’s look at the actionable part for you in all this.

As we just learned, moats in business can be created by building a competitive advantage.

Here are the four main types of competitive advantages you should strive for, to build a moat for your startup.

The term “network effect” is used to describe a situation where the value of your product increases for all users when more people join the network.

Network effects can be categorized into the following two broad categories:

Direct network effects happen when the growth in users increases the value of a product.

The value of a social media platform automatically grows when it attracts & onboards new users on the platform.

Indirect network effects happen when a product is dependent on two user groups (usually suppliers and customers) where the value of one user group increases when a new user of the second user group joins the network.

Let’s take ride-sharing platforms such as Uber as an example. When a new driver joins Uber,  the value for riders increases because they’ll now have shorter wait times & more locations available for rides.

Similarly, a new rider increases the value of Uber for all drivers.

That said, there are three types of network effects startups can build in this modern era. 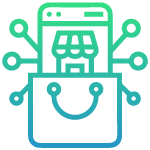 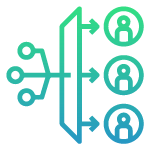 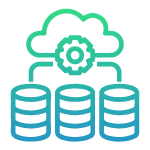 The marketplace network effect is achieved when a startup extracts a sustainable competitive advantage by bringing together suppliers & customers in some sort of marketplace.

The platform network effect is achieved when a startup builds a sustainable competitive advantage by keeping its users highly engaged within its ecosystem.

The iPhone, for example, is vastly popular for its design & functionality. However, the real reason behind its success is not the phone itself — the iOS inside it and the ways its ecosystem incentivizes users to stick to it.

The data network effect is achieved when a product’s value increases by collecting user data, and that data yields additional data while increasing the value of data over time.

Data can increase a product’s value in various ways. For example, if the data is central to the way your product benefits its users, then your data network effect has the potential to be very powerful.

Let us take CricHeroes again as an example. Because CricHeroes is the only platform that allows covering grassroot-level cricket tournaments, data has become central to the way it benefits the users.

Furthermore, since there is no platform like CricHeroes in the market to migrate that data to, the value of CricHeroes keeps on increasing as more players add their score data to the platform.

Supply advantage can be built when your startup has access to supply but makes it difficult for its competitors to have access to it.

The supply advantage can be achieved through a patent, acquisition, strategic partnerships, contracts with other brands, or simply because of some regulatory advantage that ultimately hinders your competitors’ ability to enter your market.

Let’s take Pfizer’s acquisition of Warner-Lambert as an example to understand this in more detail.

When Pfizer learned about the new drug development at Warner-Lambert that could drastically reduce the bad cholesterol in patients compared to existing drugs on the market, they partnered with Warner-Lambert to help market it & perform late-stage testing.

The new drug — Lipitor — immediately became a worldwide success. And over the course of more than 14 years, Lipitor generated $125+ Billion in sales, contributing 20-25% of Pfizer’s total revenue, and one of the best-selling prescription drugs of all time.

Demand advantage can be achieved when your startup has built a product with a high switching cost or has built user habits that keep users glued to your product, usually due to a better user experience.

TikTok, for example, became one of the fastest-growing video-only social media platforms because of the addictive product the company has built.

While Facebook & Instagram does allow their users to create short videos just like TikTok. None of them was able to surpass the level of user experience that TikTok offers to its users, especially in terms of creating & editing videos within the app.

A startup with a high switching cost moat can continue driving its profits upward as long as that cost does not exceed the cost of switching to an alternative product.

In some cases, even if the product cost exceeds the cost of switching, strong user habits can still help to defend the moat.

Economies of scale are the simplest of all competitive advantages to achieve in a startup.

All you need to make sure of is to keep your fixed cost per unit incredibly lower than your competitors even if they’ve access to the same suppliers or technology as you have.

Let us explain this with an example of Airbnb — because Airbnb was able to acquire & onboard a massive number of hosts onto the platform early on, the demand for rental houses/apartments instantly skyrocketed and started receiving a high volume of bookings.

This, in turn, enabled Airbnb to charge low prices while still generating profits from each booking.

As a result, Airbnb made it super difficult for its competitors to capture this demand, even though they had access to the same resources.

Nowadays, the companies that successfully survive in their industry and grow successful are usually built on moats. They build a sustainable competitive advantage that makes it super difficult for competitors to either replicate their product or make it nearly impossible for them to enter the market. 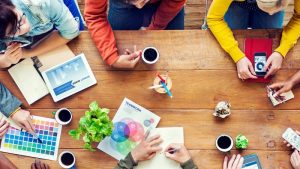 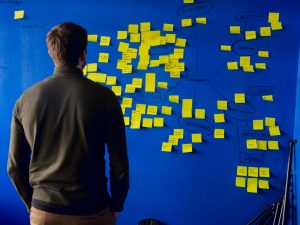 When to Consider Building a Product to Solve a Problem 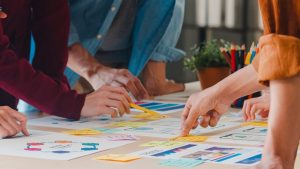