The hard thing about hard things is the most powerful business book I have read in recent times. It is written by Ben Horowitz, co-founder and general partner of Andreessen Horowitz, a Silicon Valley–based venture capital firm. Previously he was cofounder and CEO of Opsware, formerly Loudcloud, which was acquired by Hewlett-Packard for $1.6 billion in 2007.

Ben tells a gripping story of his own entrepreneurial journey in the first few chapters. An amazing roller-coaster ride from which he came out as a winner. It sets the pace of the book so make sure you read it from the beginning.

In rest of the chapters, he enumerates various difficult situations, which arises in the life of a CEO, and provides his opinions about them with the help of anecdotes from his own hard-earned rise.

Every chapter in this book is an invaluable lesson for a CEO but you should identify key takeaways for you and your company, which you can start working on immediately.

So here are key takeaways for Digicorp according to me.

Take care of the people, the products, and the profits – in that order.

Taking care of the people is the most difficult of the three by far and if you don’t do it, the other two won’t matter.

In an extremely powerful conversation between Ben and one of his company head, he illustrates the difference between “a good place to work” and “a bad place to work”.

[You have to read the entire chapter from start to finish to feel the impact of this conversation but still I am writing part of the relevant conversation here.]

“In good organizations, people can focus on their work and have confidence that if they get their work done, good things will happen for both the company and them personally. It is a true pleasure to work in an organization such as this. Every person can wake up knowing that the work they do will be efficient, effective and make a difference both for the organization and themselves. These things make their jobs both motivating and fulfilling.”

“In a poor organization, on the other hand, people spend much of their time fighting organizational boundaries, infighting and broken processes. They are not even clear on what their jobs are, so there is no way to know if they are getting the job done or not. In the miracle case that they work ridiculous hours and get the job done, they have no idea what it means for the company or their careers. To make it all much worse and rub salt in the wound, when they finally work up the courage to tell management how fucked up their situation is, management denies there is a problem, then defends the status quo, then ignores the problem.”

Few arguments to answer the first part of the question.

Training is, quite simply, one of the highest-leverage activities a manger can perform. Consider for a moment the possibility of your putting on a series of four lectures for members of your department. Let’s count on three hours preparation for each hour of course time—twelve hours of work in total. Say that you have ten students in your class. Next year they will work a total of about twenty thousand hours for your organization. If your training efforts result in a 1 percent improvement in you subordinates’ performance, you company will gain the equivalent of two hundred hours of work as the result of the expenditure of your twelve hours.

As success drives the need to hire new engineers at a rapid rate, companies neglect to train the new engineers properly. As the engineers are assigned tasks, they figure out how to complete them as best they can. Often this means replicating existing facilities in the architecture, which lead to inconsistencies in the user experience, performance problems, and a general mess. And you thought training was expensive.

During a time of particularly high attrition at Netscape, Ben decided to read all of the exit interviews for the entire company to better understand why people quit hi-tech companies. After putting economics, aside, he found that there were two primary reasons why people quit:

They hated their manager – generally the employees were appalled by the lack of guidance, career development and feedback they were receiving.

They weren’t learning anything – the company wasn’t investing in the employees.

An outstanding training program can address both issues head on.

Why it is boss’s job?

Training must be done by a person who represents a suitable role model. The person standing in front of the class should be seen as a believable, practicing authority on the subject taught.

While you may be able to borrow time by writing quick and dirty code, you will eventually have to pay it back—with interest.

This is called a “Technical Debt”.

Like technical debt, management debt is incurred when you make an expedient, short-term management decision with an expensive, long-term consequence.

I am just listing out three of the more popular types among startups. You should read the entire chapter for the details.

So what is culture? Does culture matter? If so, how much time should you spend on it?

If you fail to do both of those things, your culture won’t matter one bit. The world is full of bankrupt companies with world-class cultures. Culture does not make a company.

So, why bother with culture at all? Three reasons:

Read the chapter to learn about the “shock value” mechanism to build a culture and how following companies have done it.

I consider above five as key takeaways for Digicorp from the book, that means we should immediately start working on it.

You figure out your own after reading the book and share it with the world.

For Digicorp, this book is equally important and relevant as “Rework” and in some cases even more.

Thank you Ben for writing it. 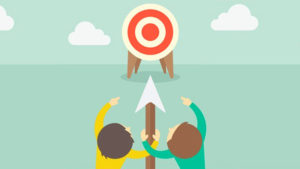 Are You Investing Enough in Customer Success? 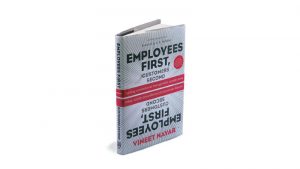 Transforming Digicorp into an Ecosystem 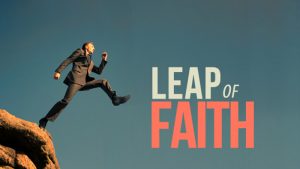 How to Validate your “Leap of Faith” Assumptions