4th February 2014 marked Facebook’s 10th Anniversary and Mark Zuckerberg wrote an excellent letter to all Facebook’s users. You should read it, if you haven’t so far.

According to me following is the best part of the letter:

When I reflect on the last 10 years, one question I ask myself is: why were we the ones to build this? We were just students. We had way fewer resources than big companies. If they had focused on this problem, they could have done it.

The only answer I can think of is: we just cared more.

While some doubted that connecting the world was actually important, we were building. While others doubted that this would be sustainable, you were forming lasting connections.

We just cared more about connecting the world than anyone else. And we still do today.

We just cared more about connecting the world than anyone else.

I was surprised by the similarity it had with what Seth Godin said couple of years back in his article,

A simple antidote to a corporatized, unfeeling, profit-maximizing world

And the best part of this article is following line:

Economists tell us that the reason to care is that it increases customer retention, profitability and brand value. For me, though, that’s beside the point (and even counter to the real goal). Caring gives you a compass, a direction to head and most of all, a reason to do the work you do in the first place.

This is the simplest mantra for achieving happiness (a.k.a. success, wealth, status, new car, bigger home etc.) according to me.

When was the last time you cared for your clients or employees?

Digicorp scored its valued presence in the software market and grabbed a vast percentage of it successfully. Read the company’s success story in the words of Nachiket Patel, the Co-Founder of Digicorp. Digicorp Information Systems Pvt.Ltd is a leading software company based in TX, USA & Ahmedabad, India. The firm was incorporated in 2005...
Read more
Share
Tweet
Share 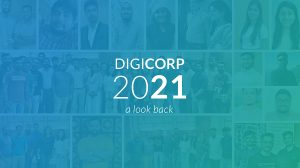 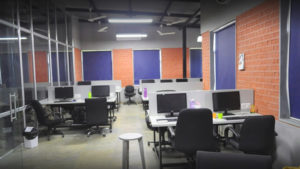